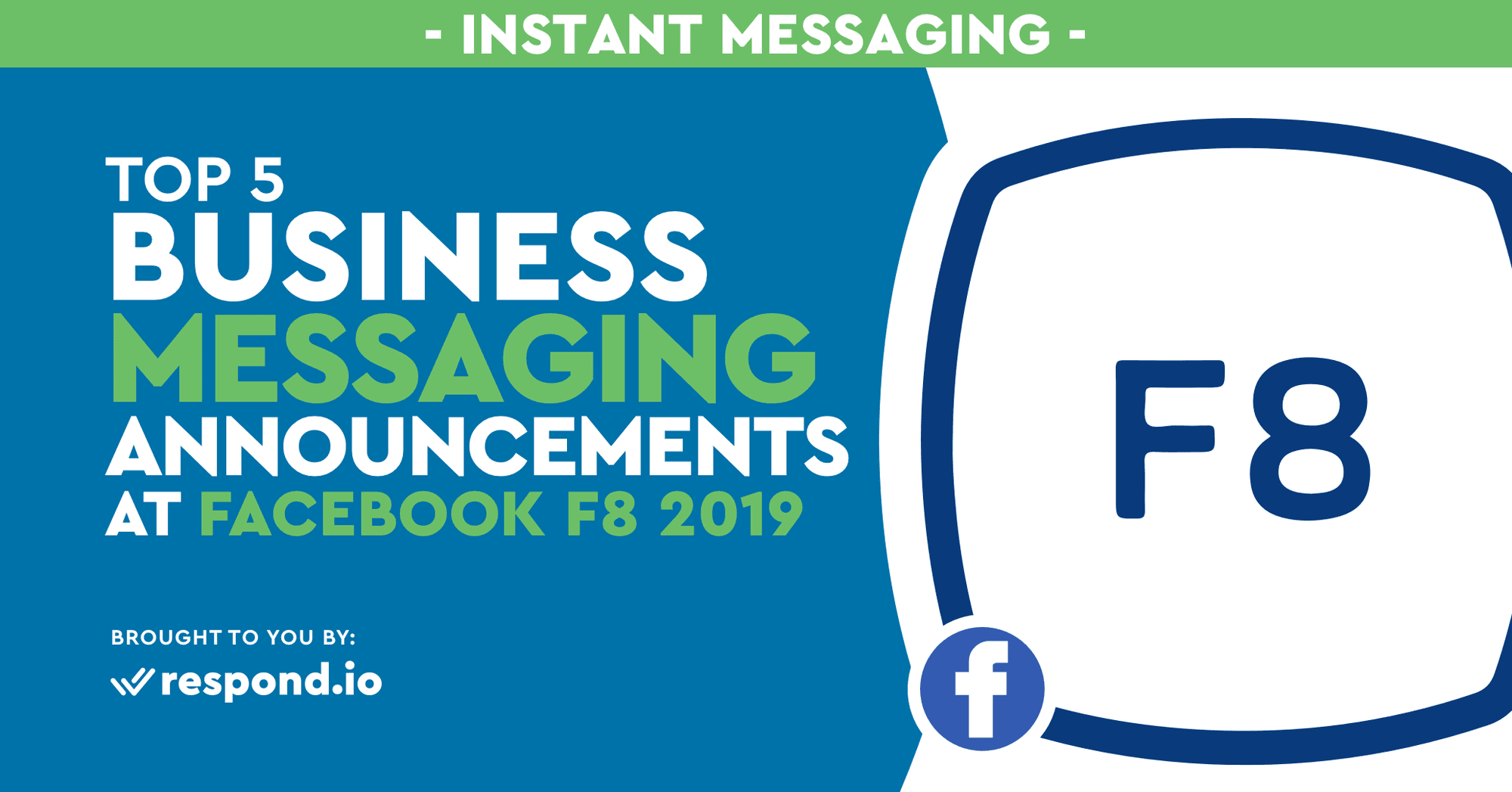 With the Facebook F8 Conference 2019 wrapping up, this is an excellent time to update you on the effect Facebook's plans have on business messaging. The overall theme of this conference focused on the shift from an open social media platform, to a privacy-focused social network built around messaging. We're going to focus on announcements that will affect businesses involved in messenger marketing & chat support.

Hallelujah! Facebook is tackling one of the biggest problems with Messenger. A large part of WhatsApp's popularity came from being able to run on literally any device, no matter how low tier. This is especially true in developing and emerging economies. Facebook even had to create a separate app for emerging markets called Facebook Lite.

Facebook is calling this Project LightSpeed, and it promises to reduce the app's size to below 30MB as well as ensuring the app can launch within 1.3 seconds. Now we don't know what this means in reality - the effort is coming to iOS first, and nobody with an iPhone never complained about Messenger speed. However, Mark stood up and promised that Facebook Messenger would open faster than WhatsApp. If Facebook can achieve this on low tier android phones, that would surely be a miracle.

Project LightSpeed is currently in early internal testing and is expected to roll out to the public within the next few months.

What are the implications for businesses? Simple. Hopefully, this will see more people moving to the Messenger platform as it is arguably the most business messaging friendly app on the market today.

In addition, we hope to see the Messenger Lite app be deprecated. This app doesn't support all the chat features that Messenger does like quick replies and carousels. This makes it more difficult for our customers to successfully build chat automation for messenger marketing & chat support, especially in Africa where Facebook Lite sees widespread use.

The most surprising and hush hush announcement of all, but with massive implications for small businesses. Facebook had already announced that it is going to be unifying the underlying infrastructure of Messenger, WhatsApp and Instagram to provide end to end encrypted messaging to all three services. But this is the first we've heard of some kind of unification for users.

The Zuck didn't mention it in his keynote address, but Asha Sharma did let loose one mockup and a very tightly worded description of what's in store.

So far the idea is only that Messenger app users would be able to chat with any WhatsApp user and respond to Instagram DMs. However, this is the announcement that could change everything for business chat.

What are the implications for businesses? The direct result would be that companies who are only on WhatsApp Business or Instagram would have a much larger audience available to chat with.

What we're excited about though, is a future where Facebook Inbox will be able to handle messages coming from Messenger, WhatsApp & Instagram. This would be an absolute boon for small business who would currently need to use Facebook Inbox, WhatsApp Business & Instagram to be able to respond to messages across all those services.

For those of you holding your breath, don't. WhatsApp's business features are rolling out as slowly as ever. For the first time in about a year, we did get a glimpse of something completely new, WhatsApp Business Catalog.

Facebook also mentioned WhatsApp payments. The only new information was sometime this year, WhatsApp payments would roll out to additional markets outside of India. Specific markets were not mentioned, but we have a hunch that it's going to be Brazil.

Next, WhatsApp is going to be tackling the very last step of the conversion funnel - payments. WhatsApp Business Catalog is about creating a feature that is one step in the funnel prior to payments. A product listing.

We still have a long way to go before consumers can do basic things like search for businesses on WhatsApp.

On the surface, this may have no relevance to business messaging, but for those of you who are familiar with our Ultimate Guide to Messaging Apps you know this is going to make a difference.

What is Facebook doing? Trying to create a space in Messenger that is all about your close friends. The few people you interact with on a daily or a weekly basis. According to the keynote, this is going to take up and entire tab. It's going to take the place of the current people tab.

The most exciting feature mentioned around this effort was the ability to co-watch videos together in a single messenger group where you could also chat about it.

We still haven't seen how this will affect other parts of the app. We assume that the business chats and acquaintances will be relegated to the Chat tab. Which will have less engagement from the user as the Friends tab should take prominence when it comes to notifications and engagement.

Last but not least, Facebook is joining the likes of WhatsApp & Viber by offering native desktop clients. Not a huge change but it makes a difference for those who prefer not to clutter their tabs with messaging apps.

They will be rolling out this fall on both Windows and MacOS and will have all the same functionality of the Facebook Messenger app for Android and iOS.

What are the implications for businesses? It may seem small, but we believe this will improve the response speed of your customers. Some of your customers who spend all day at the computer with their phone in their pocket may be more open to answering you in a timely manner if they have a desktop app available.

If you're looking for a platform that can handle all your business messaging apps in one space, give Rocketbots a try. As always, if you enjoyed this content, do subscribe for more.