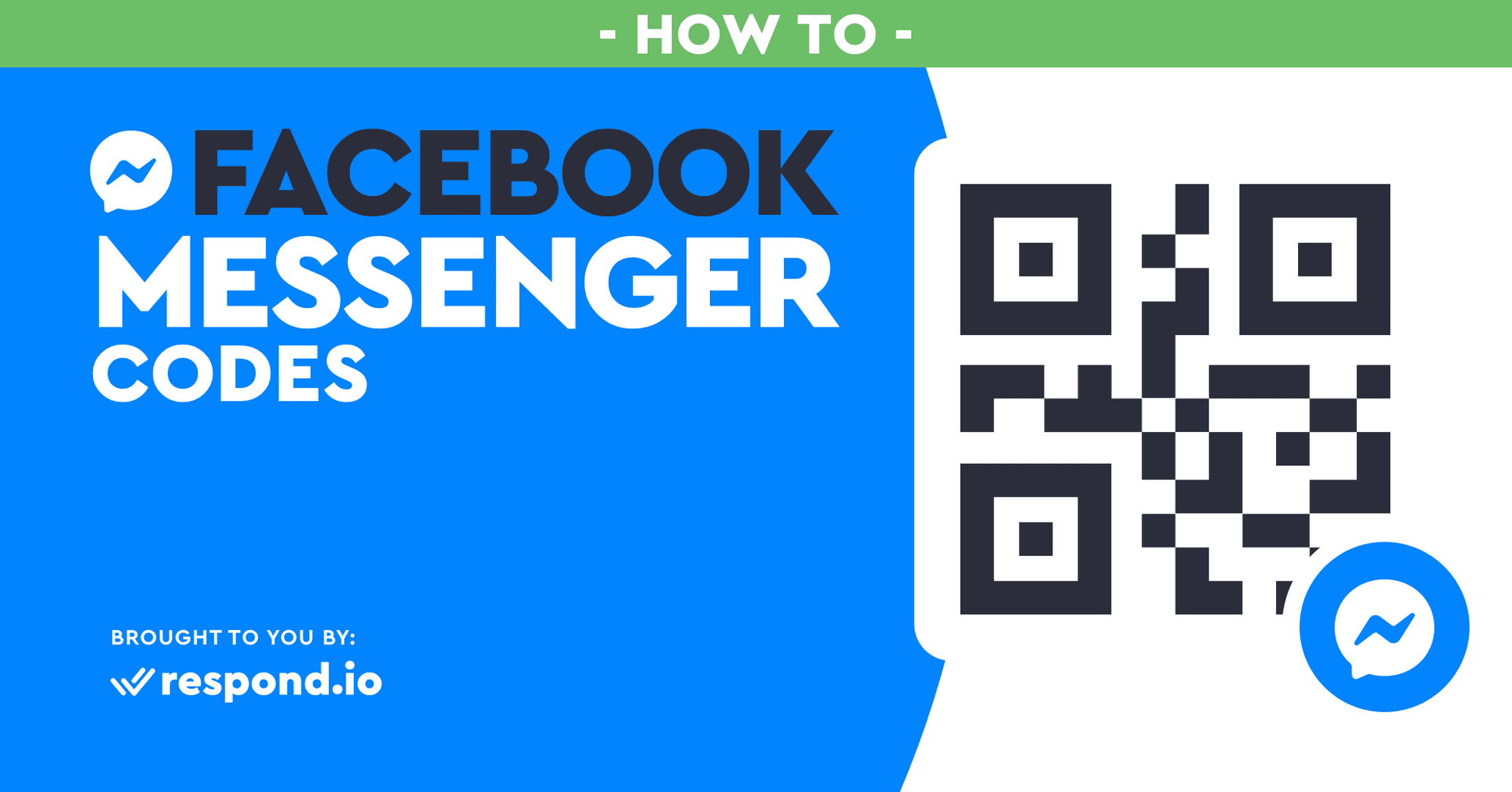 How to Use the Respond.io Facebook Messenger Code Generator (Apr 2021)

When using an m.me link, you're sent directly to messenger.com on desktop or to the Facebook Messenger app on mobile. Once loaded at chat with the business that owns the Facebook page is open directly.

The most obvious one is that the special design could only be scanned with the Facebook Messenger app. So users had to know what they were looking at to use it, but they didn't.

In fact, it was so difficult to use, we had to print instructions on the back of the business card. Even then, only the techiest of the tech nerds actually succeeded in using it. So in a way, the Facebook Messenger Code was a flop.

However in spirit, they continue to exist. Because you can still make Facebook Messenger QR codes. All you need to do is find the m.me link for your Facebook Page and make a QR code with it.

If you don't want to do that yourself, we have a tool that makes Facebook Messenger QR Codes. We've described it near the bottom of the page.

Simple, you have a bunch of offline users, and you would like to turn them into an online audience. Here are some amazing use cases where Messenger QR Codes are incredibly handy.

Using A Messenger Code At A Hotel

Hotels are one of the places where convenience is key. How awesome would it be if instead of calling down to for room service or with a question? Your hotel guest would simply message your Facebook page.

That way you would have time to respond and a single concierge could handle multiple conversations at once. After they scanned that Facebook QR Code, your guest could always continue chatting with you for more advice through their own phone.

Using A Messenger Code At A Mall

Malls are some of the most notoriously difficult places to find your way in. Even though malls have adopted big boards with maps and even made their own apps. I would still prefer to just ask someone where the store I am looking for is.

One problem with that, is first I have to find the concierge desk. And for me, that is a struggle. Oh how I wish there was a Messenger QR code you could scan and simply ask the concierge where the store is. Who knows, maybe in 2020?

It used to be that scanning a messenger code was pretty difficult. To scan a Messenger Code, you need to:

Things are a lot more straightforward these days. Almost every camera app supports regular QR Codes. That means all you have to do is open up your camera, scan the Messenger QR Code and the Messenger app will open directly to the conversation.

Once you have both of those ready, follow the following steps to generate a Messenger QR Code for Facebook:

1. Navigate to Settings and find your connected Facebook page in the channels list. Then open the Facebook Messenger QR Code Generator by pressing the scan code icon.

What is a Messenger Code Reference?

Imagine you have a chain of pizza restaurants and you'd like to post Messenger QR Codes at every location. At some point, you may get curious about which locations your new Facebook Messenger audience is coming from. This is when a reference can be useful.

Remember, the Messenger Code is just a scannable m.me link. By adding the reference to the Messenger QR Code, you'll be able to distinguish who scanned which code to become a part of your audience.

If you're interested in knowing more about using Instant Messaging for Business, you should check out these blog posts.