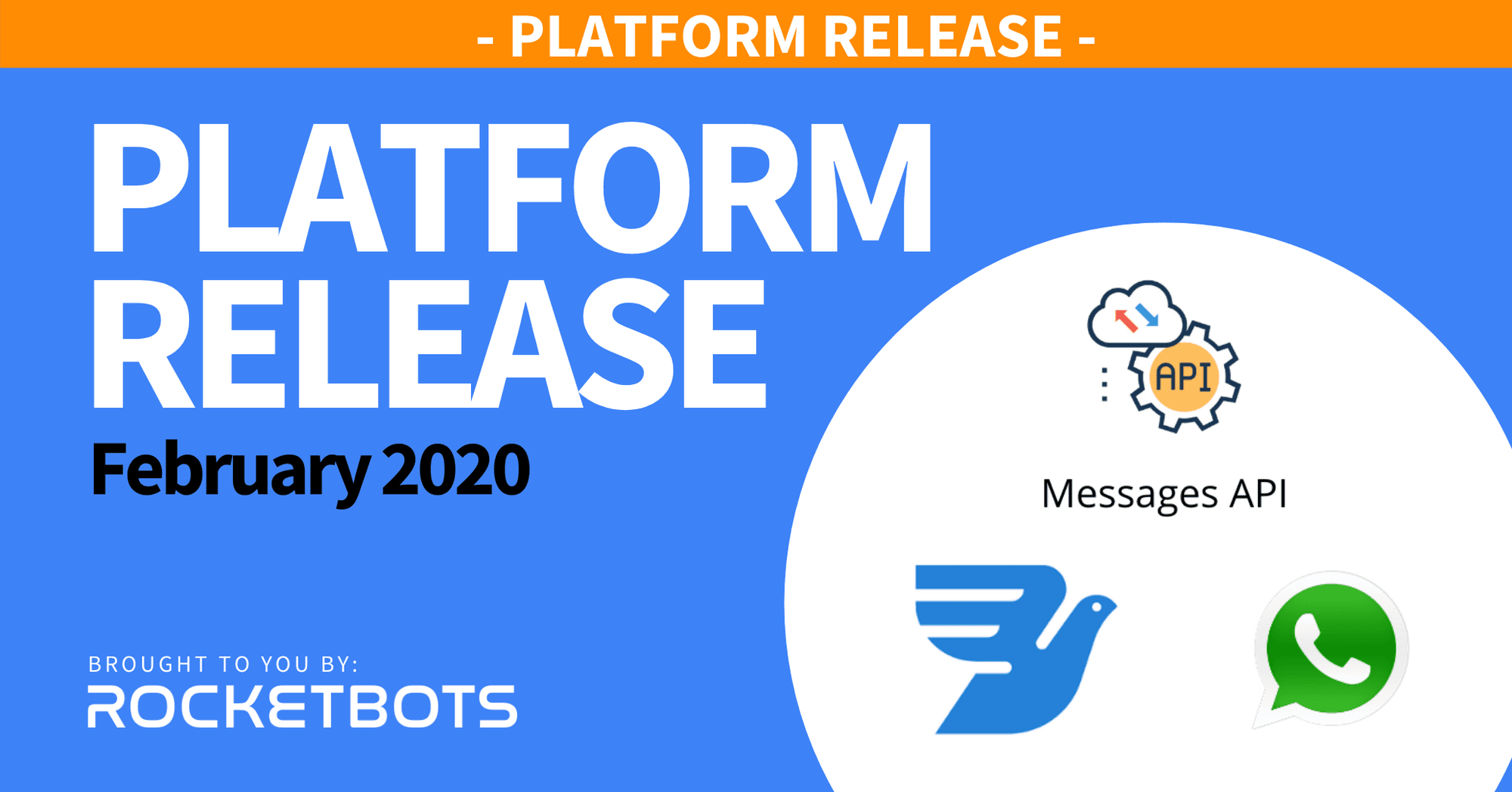 We're a few days late, but we're still calling it the February Release. Why? We're planning on another one in March. Today, we're finishing off some improvements that have been in the works for a while. We're also making room for future improvements by deprecating some channels and features. So be sure to check out the details in bits & bobs. This is release is all about:

The Messages API allows one message per API call and allows quick replies on supported channels. When a channel limitation, like 24hr chat window, doesn't allow a message to be delivered, the error sent by the channel will be forwarded via API.

For a detailed list of API characteristics, check out the Messages API docs.

It's been a while since we've added a channel, this one has actually been in the pipeline for some time. With another WhatsApp API Partner to our growing list of WhatsApp Integrations, we're hoping to make it even easier for businesses to use WhatsApp.

Once you have a MessageBird WhatsApp account approved, review the MessageBird API docs to connect.

February's bits and bobs have a lot in store. There is one little feature improvement when it comes to Dialogflow languages, a channel deprecation and some announcements about deprecations that will happen soon.

Dialogflow supports agents with multiple languages. In previous versions of the platform, messages were sent to Dialogflow based on the Space language setting. Now the preferred agent language selected independently when connecting Dialogflow.

Kik bots are no longer supported on our platform. Back when we introduced Kik bots, Kik was still a growing channel. Since none of our users really use this channel, we have now stopped supporting it.

Skype is still a popular channel for some users and we'll keep existing Skype connections running for 6 to 8 months. However, Microsoft has removed the ability to publish new Skype bots, so we will be removing the capability to connect Skype bots next release.

To be clear, Snippets will remain, but the ability to add training phrases and set Snippets to respond automatically will be removed. This was an experiment that lasted a little too long. It is getting in the way or releasing sorely needed features faster.

In the future, you can expect improvements in how Snippets work as well as a host of other productivity-focused features.

That's it for the February release, see you in a few short weeks :)