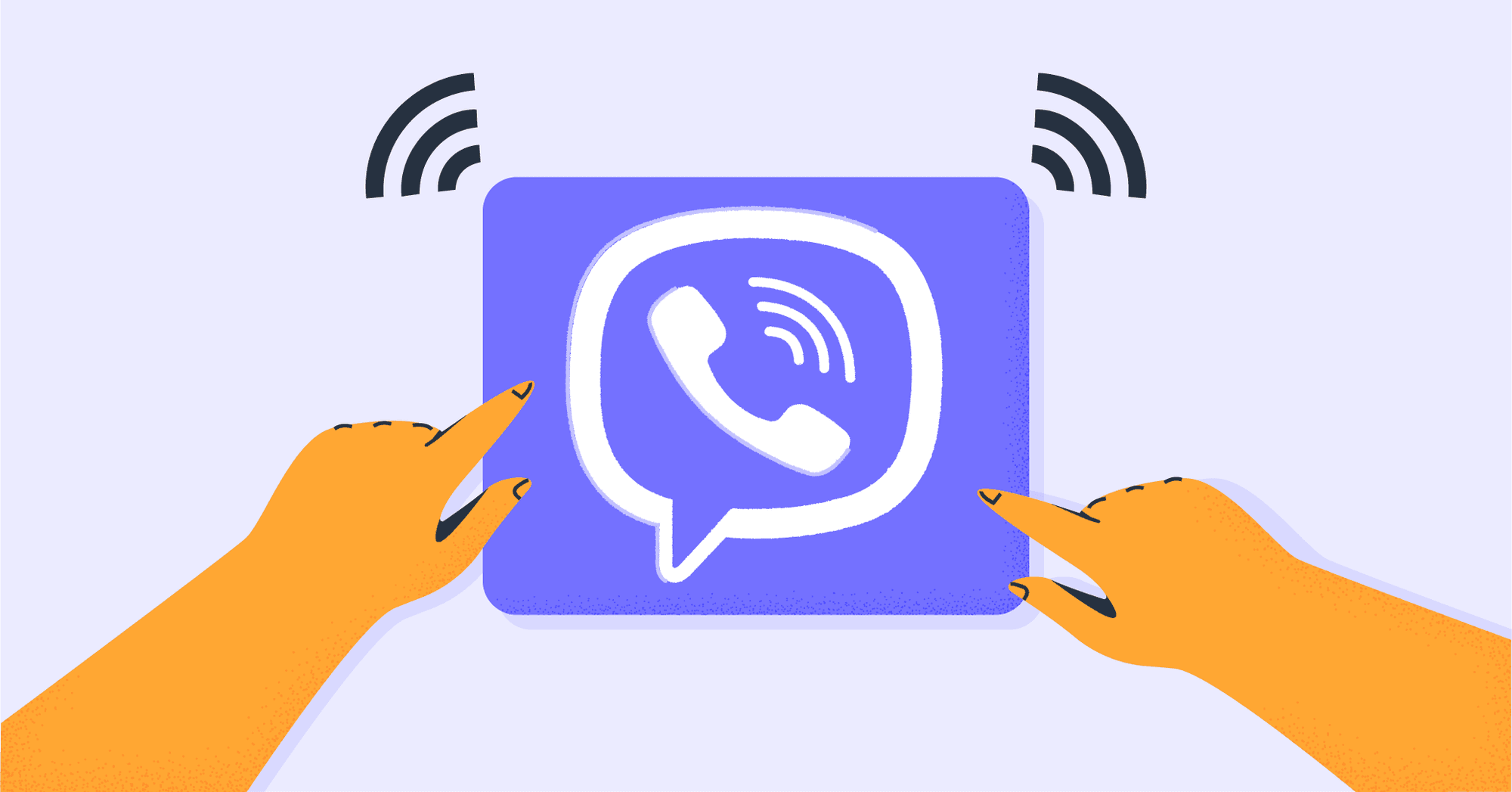 Viber Bulk Message: How To Send A Viber Broadcast [March 2022]

Looking to send a Viber bulk message to your customers? Look no further. This article is a deep dive into Viber Broadcast. Here you’ll learn what benefits to expect, how to send your own Viber bulk messages, and also the best Viber mass message practices.

What is Viber Broadcast?

Viber focuses on instant messaging, as well as voice and video calls. While Viber Bot accounts currently don’t have a messaging window, Viber will introduce session messages in September 2022. Like other popular messaging apps, Viber also allows businesses to send bulk messages to their customers.

There are two ways to bulk message Viber contacts: With the Viber app or a Viber Bot Account. Don’t know which one fits your company best? Don’t fret. We will explore both options in the next section.

To make an educated decision between using the Viber app or a Viber Bot Account, you need to familiarize yourself with what they have to offer. Let’s start by discussing the broadcast functionality that you’ll find in the Viber app.

Sending a Viber blast with the app is easy. After downloading it, Viber users can broadcast directly from it. The app supports different types of content, such as text, images, videos, CTAs and location. Best of all, broadcasting with the Viber app is free.

While it has a low entry barrier, the app has some limitations for businesses. Viber prevents spam by enforcing the following rule: To receive a Viber mass message, the sender’s phone number must be saved on the recipient’s contact list.

Unfortunately, the app lacks contact organization and management tools, which makes it hard to track and manage broadcast lists. Therefore, creating several broadcasts can be a long, tiresome task.

The Viber app also lacks some important features such as the ability to segment broadcast audiences and test or schedule broadcasts in advance.

Plus, a Viber mass message with the app is limited to 50 contacts. For all the previously mentioned reasons, it isn’t a suitable option for companies with multiple employees in charge of sending broadcasts and replying to inquiries.

For companies that need to send a Viber bulk message to huge contact lists, or require advanced broadcast features, we recommend a Viber Bot Account.

Respond.io offers integration with your Viber Bot, which you can use for two-way communication with customers, including sending broadcasts. Next, we’ll introduce you to all the possibilities that Viber Broadcast has to offer when connected to respond.io.

Sending a Viber Mass Message with a Viber Bot Account: Features and Benefits

The main advantage of sending a Viber bulk message from a Viber Bot Account is that there is no limit on the number of broadcast recipients.

However, Viber Bot Accounts don’t come with an inbox, so there is no interface to show received and sent messages. But when integrated with the respond.io messaging inbox, Users can receive and send 1:1 and bulk messages with advanced broadcast functionality.

Here’s an important feature Users will appreciate when broadcasting with respond.io. In the Select Target Audience section, you have the option to narrow down the list of recipients to send targeted messages.

Through segmentation and targeting, respond.io Users have control over their broadcast audiences. That way, customers will only receive information that is relevant to them, avoiding spammy messages.

When it comes to content, a Viber mass message with respond.io can include images, videos, and other file types. You can even broadcast a Viber bulk message with a multiple choice question!

Broadcasts can be sent right away or scheduled for a specific date and time. This feature grants Users flexibility with notifications, allowing them to inform customers of planned and unanticipated events.

The best way to ensure that a Viber broadcast works and looks as it should is to test it with a single Contact. Respond.io Users will also find the Test Broadcast option in the Broadcast Module.

If a Contact replies to a broadcast, Users can route the conversation to the right Team and assign them to an available Agent via Workflows Module, a visual Workflow builder used to automate processes.

Now that we've examined the features and benefits of a Viber Bot Account, let's take a look at the costs involved.

Although sending a Viber bulk message is generally free of charge, Viber reserves the right to put high-volume Viber Bot Account users on a paid plan.

To prevent spam, Viber doesn’t allow users to import contact lists. Companies need to get their customers to message them first before they can send them a broadcast. This can be done via Viber chat links and Viber QR codes.

This covers the main features and benefits of broadcasting with a Viber Bot Account linked to respond.io. There is only one question left unanswered: how hard is it to send a broadcast using this method? As you’ll see in the next section, it’s quite simple.

How To Send a Viber Bulk Message with a Viber Bot Account: Step by Step

Once you have created your Viber Bot Account and connected it to respond.io, follow these steps to bulk message Viber contacts from the Broadcast Module:

6. Schedule your Broadcast and/or test it first

But it doesn’t end there. The Broadcasts Module has more to offer, such as the possibility of viewing and managing broadcasts. Visit our documentation page to get an in-depth picture of respond.io’s Broadcast Module.

We have extensively gone through the Viber App and Viber Bot Account broadcast features. To give you a clear overview of the differences between them, we have narrowed them down to a comparison chart.

We are approaching this article’s final section. But first, have you decided on a Viber product for broadcasting? If the Viber bot account is the more suitable option for your business, sign up for respond.io and connect your Viber Bot!

A Viber mass message is a one-time opportunity to make customers carry out a specific action or to inform them about something. For this reason, when creating your Viber bulk message, stick to a single objective and keep it short.

Keep in mind that you are mostly broadcasting to mobile users. This means that you should format your message accordingly for phones. For instance, highlight the important words in bold, use emojis if pertinent and add a clear, visible CTA.

Also, if you are planning to Viber blast media content, beware of file size. Contacts may find heavy files annoying. In some cases, their limited phone memory won’t even allow them to open these files.

Be cautious about the type of content you send. Viber has made clear in the Viber Acceptable Use Policy what is and is not allowed on the platform. Before sending Viber bulk messages, we advise you to give it a read.

Did you find this article useful? If so, here are some other quick reads that might interest you: